Poisoning In Dogs: The Symptoms And Treatment Options 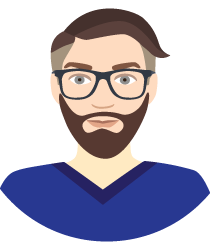 Mahatma Gandhi said, "The greatness of a nation and its moral progress can be judged by the way its animals are treated." How incredibly insightful and true. When my children were growing up, we always had various pets on our property. My children were constantly bringing home strays to be nurtured and loved. I still have plenty of animals around because my children leave their pets with 'grandma' when they go travelling. At present, I have two dogs, three cats and a parrot! Over the years, I've always stressed the importance of regular vet visits. As soon as a stray was brought home, I would make an appointment. The simple preventative treatments provided by our vet saved a lot of money and heartache. I like to keep up to date with the latest vet treatments. I hope this blog provides useful information for those who care about animals. Thank you.

Poisoning In Dogs: The Symptoms And Treatment Options

A number of common products used around your home and garden, such as antifreeze, slug and snail bait and household cleaners, are poisonous to your dog. Certain foods are also poisonous, such as chocolate and currants, so it's important to be aware of the common symptoms associated with poisoning. Failing to recognise your dog has ingested poison can lead to them developing kidney failure and even cost them their life. Here's an overview of the symptoms of poisoning and the treatment options:

Common symptoms of poisoning in dogs include the following:

Your vet will confirm poisoning by testing a sample of your dog's blood. You can help your vet quickly establish the exact type of poisoning by providing them with a sample of your dog's vomit, if possible. Some poisons can be treated with an antidote that neutralises the substance, but there's no antidote for a number of common poisons, including slug and snail bait containing metaldehyde. When no antidote is available, treatment involves purging your dog's body of the poisonous substance and combating dehydration with intravenous fluids.

Purging can be accomplished using enemas, activated charcoal or gastric lavage. Enemas are inserted into your dog's rectum and are used to clear their bowels out. This option works quickly, but some dogs find it distressing to suddenly have several loose bowel movements. Activated charcoal can be given to your dog as a drink, and as it passes through your dog's gastrointestinal tract, it absorbs the poison and which is then excreted when your dog has a bowel movement. Gastric lavage uses large volumes of water to flush the poison out of your dog's digestive tract. The water is inserted into your dog's stomach through a fine tube, and your dog will excrete the water from their rear end and by increased urination. Once treatment is complete, your vet will check your dog's blood again to ensure no trace of the poison remains.

Remember, it's not just your household substances that pose a risk to your dog. If they get into a neighbouring garden or eat an animal that's been poisoned when they are out for a walk, your dog could be at risk. The key to successfully treating a dog that's ingested poison is quick intervention, so if you suspect poisoning, take your dog to a vet emergency center right away.